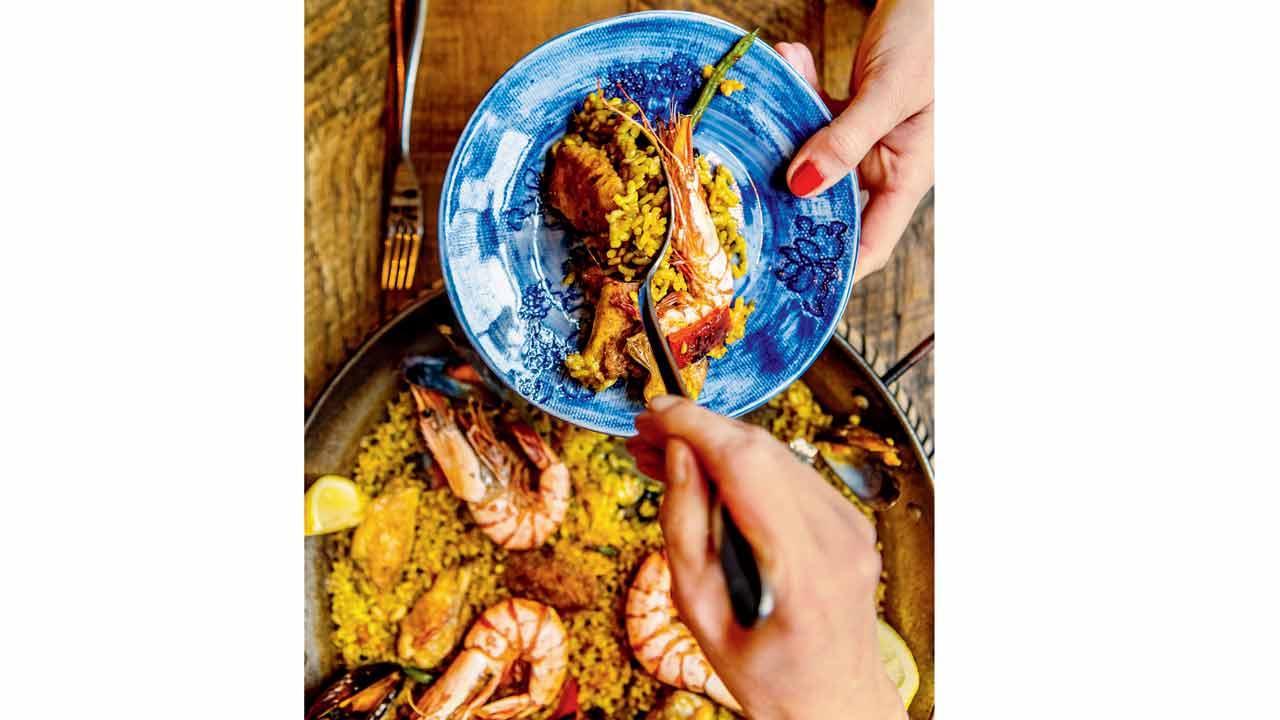 Before giving foodies a taste of Spain, Spanish chef Omar Allibhoy talks about his connection to Mumbai, the diversity of cuisine and the importance of tapas

Paella, which will be part of the tapas-style menu

Here’s a pro tip if you find yourself dining in Spain. Don’t just sit at opposite ends of the table with your companion, quietly enjoying your own commands. Head to the bar, which celebrity chef Omar Allibhoy likes to call “the epicenter of a restaurant” – not just for drinks, but for food too. This is where small plates of Spanish appetizers, or tapas, are shared over bottomless chatter. “It’s a more convivial experience with shared dishes, which improves conversations,” reveals the chef behind the famous Tapas Revolution chain in England.

Tonight, the chef and cookbook author is ready to tap into that same sense of community with a multi-course dinner at Sette Mara, a five-star Lower Parel. The evening is designed by Nikhil Agarwal, CEO of All Things Nice, who will curate a wine selection to pair with Allibhoy delicacies. We met the chef before dinner.

How did your culinary journey start? Did your Indo-Spanish heritage play a role?
The only thing that was not present in my life was Indian food, although my father is from Mumbai. It was limited to what my grandfather or abuelo cooked on special occasions. But yes, I discovered the spiciness through him, because it was then completely unheard of in Spain to use so many peppers in food. My culinary heritage has truly been Spanish. I have been drawn to cooking since I was little. One of my earliest memories is of my mother’s kitchen. After school, I played football, then I helped my mother to dinner. At the age of eight, as she says, I became a chef. It was still a humble house spread – lots of vegetables and fish. On Sundays, the whole family got together and cooked up special dishes. When I was 14, I started studying culinary arts in college and then went straight to work. Feeding people is in my DNA, which is why I became not only a chef, but also a restaurateur.

Introduce us to the different dishes you will be serving in Mumbai.
Tapas or small plates, for us, it’s not a trend; it’s a tradition. Spanish cuisine turned into tapas to satisfy our need for socialization. The dishes on the menu (tonight) will all be small plates. Spanish cuisine is rich and diverse due, firstly, to our cultural heritage – which includes influences from the Iberians, Romans, Greeks, Venetians, and the fact that it was an Islamic region for many years. Then there is the very varied geography. Many of these influences will be reflected in the menu. We cook lamb covered with Arabic spices; and a creamier version of paella with lots of shellfish. Then we have torrija, a bread and butter pudding, which is called the poor man’s dessert. There are also zucchini and vegetable pisto cannelloni, wild sea bass fillet and mushroom croquette, among several other dishes.

What’s on your list of things to do in Mumbai?
My father accompanies me on the trip. He was born in the town and lived there until he was six, before his family emigrated to Europe. He hasn’t come for the past 41 years, so we’re on a journey of discovery. We have already started strong heading towards Bademiya. We plan to roam freely and explore.

>> Prepare some things in advance to be able to join the table; don’t just toil in the kitchen. Keep some clams with garlic, ham, white wine, capers and a little paprika. Serve it with padrón peppers and Spanish chorizo.

>> Add some salads – a salad of tomatoes, watermelon, goat cheese, for example – and cold dishes such as cheeses, cold cuts
and anchovies to the mix.

>> Add something you can keep baked, like a paella.

>> Prepare garlic prawns with extra-virgin olive oil that can be brought sizzling to the table; or like a chicken curry with Arabic influences that is heavily spiced, includes saffron and a sauce of egg yolk and fried bread.