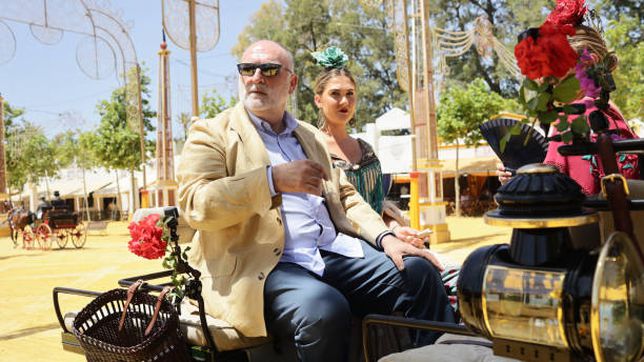 A new documentary airing later this week will tell the incredible story of celebrity chef José Andrés and its huge humanitarian effort to help victims of disasters all over the world.

The documentary, We Feed People, will be available to view on Disney Plus from Friday, May 27 after premiering at New York’s SVA Theater earlier this month. Directed by Oscar-winner Ron Howard, the documentary will focus on Andrés’ non-profit Global Central Kitchen and the countless people he helps.

What is the history of the World Central Kitchen?

The Disney Plus original will trace Andrés’ origins in the kitchen, dating back to his first restaurant, Jaleo, in Washington DC in 1993. The chef had a huge influence on American cuisine in the 1990s, but the film focuses more on his philanthropic work for the World Central Kitchen.

Now 12 years old, the organization started as a direct response to the earthquake that devastated Haiti in 2010. He traveled to the country to offer a bit of support, but found he had learned a lot about the locals from the way they cooked food.

From then on he provided nutritional aid to people suffering from some of the worst conditions imaginable, but doing so with real care and attention to how the recipients want their food.

Writing on the World Central Kitchen website, Andrés explains: “After a disaster, food is the fastest way to rebuild our sense of community. We can put people back to work by preparing for it, and we can rebuild lives by fighting hunger.

“Cooking and eating together is what makes us human.”

More recently, the Spanish-born chef traveled to Ukraine in the aftermath of the Russian invasion, placing themselves at the forefront of the conflict. But he wasn’t alone – as is always the case, he worked with his team of chefs at World Central Kitchen to help get food to those who needed it most.

Three months later, its network produces around 380,000 meals a day to support the Ukrainian people.

This story, along with many more from Andrés colorful life, will be covered in We Feed People. However, the film’s star is reluctant to take any particular credit for her role in the organization’s astonishing success, focusing on the larger lessons she can teach about the nature of humanity.

“At the end of the day, the only good thing about it is that the best of humanity always seems to show up in the worst of humanity,” he said.