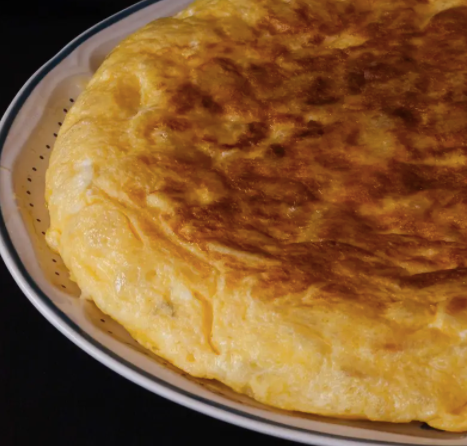 YOU can’t make an omelet without cracking a few eggs, and you can’t make the perfect Spanish tortilla without inevitably messing up a pan at least a few times.

If your tortilla game needs polishing up, one chef has shared a bold way to ensure your dish will wow your guests the next time they’re in your casa.

The culinary genius behind the viral hack suggests that you use 57 eggs in your tortilla.

Although the video is from 2014, it has reappeared on social media as TikTokers take on the cooking challenge.

The chef claims the pan is too heavy and almost falls to his knees under the weight of the giant pan.

But at the last minute, he pulled off the perfect flip – and the youngsters on TikTok rushed to try their own 57-egg omelettes.

Since uploading the hilarious trick, the video has received over 184,604 views, 521 likes and over 20 comments.

Another wrote: “Why did I never think of poaching an egg like that?! It’s genius.

However, some disagreed that the tortilla was cooked, with some saying that using so many eggs ruins the dish.