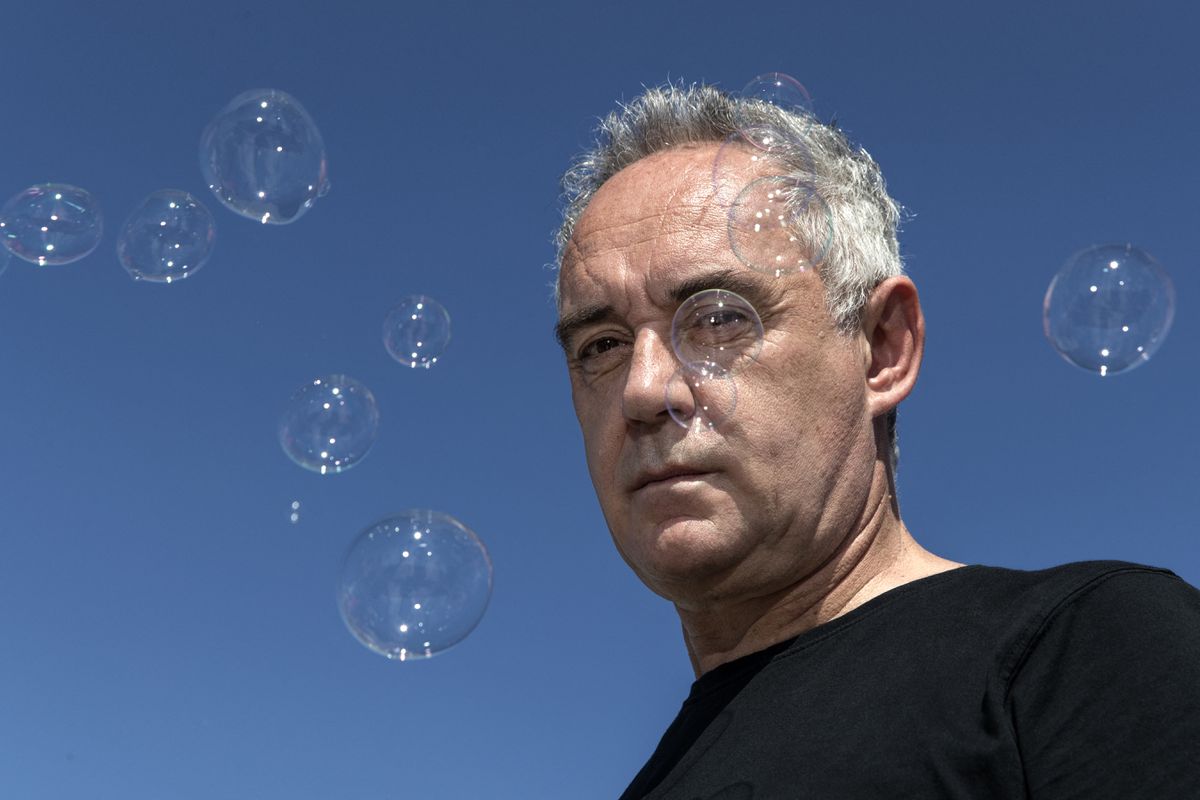 It’s been 10 years since the triple Michelin-starred restaurant elBulli closed on July 30, 2011, but it feels like it remains open due to a legacy that has extended its fame and footprint far beyond. from its original location in the coastal town of Roses. , in the northeastern region of Catalonia in Spain.

Its main chef, the famous Ferran AdriÃ , says he still doesn’t quite understand what happened there. The past decade has been devoted to trying to decipher magic through a number of innovative projects, such as his 20+ encyclopedias. During this time, he remains mentally and actively linked to the restaurant through the creativity center set up by the elBulli Foundation, displaying the same revolutionary spirit that once revolutionized world cuisine.

â€œNostalgia? None,â€ he said. When asked what he would do if he had to reopen, he replied, â€œI would do the same, although I still don’t really know what that involved. . “Child of L’Hospitalet de Llobregat in Catalonia who started as a dishwasher in a hotel in Castelldefels, AdriÃ  succeeded in overthrowing France as a universal gastronomic benchmark. He made a name for himself making paellas, then dismantled the global food hierarchy with a camping restaurant at Cala Montjoi in Girona, accessible via a rutted road where people would be encouraged to eat with their fingers.

Ten years ago he was preparing his last dinner with his mentor and famous Basque chef Juanmari Arzak, his brother Albert and several of the many chefs who had worked with him in his kitchen and who now had Michelin stars on their hands, such as Massimo. . Bottura, RenÃ© Redzepi, the Roca family and Andoni Luis Aduriz. The 50 guests started with an aperitif – a version of AdriÃ ‘s Dry Martini, consisting of a reconstituted olive bubble to be placed on the tongue, allowing the gin and vermouth to evaporate. Then come about fifty dishes such as pistachio ravioli, liquid chicken nuggets and rose petals with ham marinated in melon juice.

Once the cooking was done, the legendary chef who had been voted the world’s best 10 consecutive seasons hung up his chef’s coat, but kept his drive and imagination alive. â€œNow I have another role,â€ he says. â€œInstead of creating dishes, I help create designers. He shut down elBulli because he became convinced he had gone as far as he could as a chef. â€œWe couldn’t go any further,â€ he said. But the creations he imagined when he was hired by Juli Soler in 1984, as well as those of the 2,500 chefs he supervised, are still a source of wonder. Among other techniques, he pioneered the use of foam and liquid nitrogen and introduced extensive menus and cutlery-free nutrition, which was unthinkable in the world of haute cuisine. â€œWell, I’m proud of all of these things,â€ says AdriÃ . â€œThese are techniques recognized in many restaurants and on TV Chef and they emerged from our experiences in elBulli. But he considers other aspects of the experience to be more important. â€œFor starters, freedom as an inviolable rule, as an ideology, as well as the challenge of children from different backgrounds to explore their own limits and to upset what they knew,â€ he says. “Also, the construction of new bridges and new dialogues between gastronomy and other disciplines.”

Now I have another role. Instead of creating dishes, I help create designers

AdriÃ  lists the bonds that were forged at the time and those that he believes should be forged in the future. â€œWe were pioneers in a West-East dialogue; with Japan, with science, design and art, â€he says. Among these, he highlights his participation in the contemporary art exhibition Documenta in Kassel, Germany; it was the first time that a chef was invited to share the space of such an event. â€œI drew an important conclusion from this experience,â€ he says. â€œIt’s clear to me that we chefs are creatives and not artists. But that doesn’t mean that as a creative guy I can’t establish an exciting exchange with an artist and see where we can go together.

One destination for AdriÃ  has been Harvard University with a course he has been teaching since 2010. He has also received four honorary degrees from universities in Aberdeen, Barcelona, â€‹â€‹Valencia and Montreal.

Another achievement was the creation of dozens of bullipedias filled with a cocktail of knowledge that combines gastronomy with other disciplines. And now, with the coronavirus pandemic, AdriÃ  is taking a new look at the culinary landscape. â€œIt’s not normal that 50% of restaurants close after five years,â€ he says. â€œIn addition to the creativity, the product and the technique, it must be emphasized that we also have to learn the numbers, because it is a company. “

That said, he is happy with his own trajectory. â€œI wouldn’t trade what I’ve learned over the years for anything,â€ he says. â€œWhen we closed, my colleagues, partners and I thought that in two years we would understand what we had done at elBulli. We have been working on it for 10 years and we are still finding out; from why a small business became a benchmark in business schools to how Juli Soler forever changed the role of butler.

Attempts to answer these questions have been made in various exhibitions that have dealt with the elBulli experience and also in a documentary that Movistar + will be released in September, titled Las huellas de el Bulli (or The imprint of elBulli). In 2023, the original premises of Cala Montjoi will reopen and present everything related to the exploration and evolution of what AdriÃ  discovered in the kitchen; knowledge that has elevated this dishwasher to the rank of icon in the world of culinary science and creation.