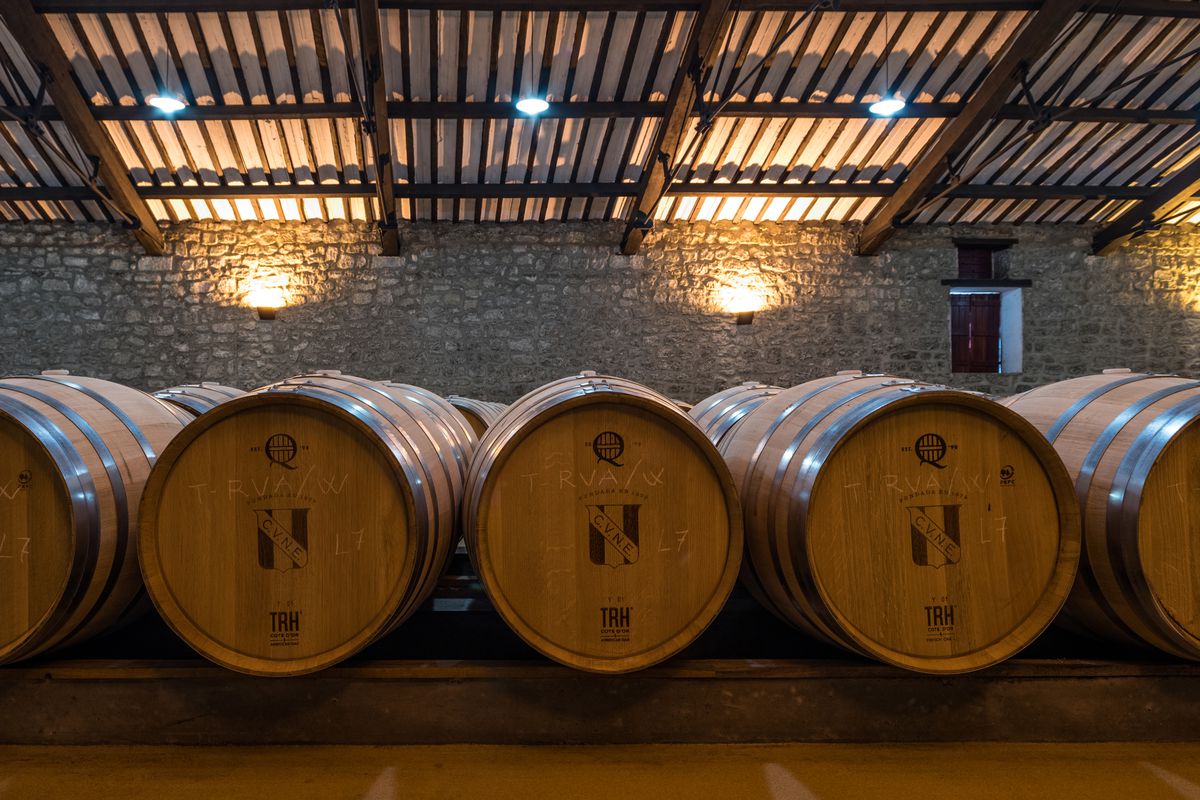 For more than 140 years, the CompaÃ±Ã­a Vinicola del Norte de EspaÃ±a has been a model of oenological coherence in the Rioja region. Better known as CVNE or Cune, the Haro-based company is owned by the same family, which helped define the popular Crianza and Reserva categories for classic and collectible red wines from Rioja.

According to VÃ­ctor Urrutia Ybarra, the fifth generation of the family to be the manager of Cune, together with his sister Maria Urrutia Ybarra, Crianza and Reserva wines are the benchmark of Rioja. These are wines made to conform to a specific style that consumers expect, with strict regulations governing which grape varieties are used and how they are made.

â€œYou can’t deviate too much from what you’re doing,â€ he says.

Cune’s traditional values â€‹â€‹are evident in its company logo, which is based on the Spanish flag, sporting orange and red vertical stripes as opposed to the flag’s horizontal lines. It sells 70 percent of its production in Spain, 30 percent of which is exported to markets like Canada, where Cune enjoys good distribution across the provinces.

Recently, some Rioja producers have started exporting wines with the name of the tempranillo grape variety on their labels instead of the Crianza appellation, indicating that the wine was aged for two years before being marketed, including one year in cask. They believe consumers have a better understanding of the main grape used in Rioja than a winemaking classification.

â€œI totally understand people who don’t want to use it or don’t care. For someone who doesn’t know wine, it probably doesn’t mean much, â€says Urrutia Ybarra. â€œHowever, we created the category, we were the first to use Crianza at the time. Cune Crianza: It comes out of the tongue. That works. We are doing something good.

Cune Crianza and Reserva are recommended this week, along with seven other wines from Spain that showcase the country’s ability to produce inexpensive selections as well as high-quality wines from historic appellations such as as Rioja and Ribera del Duero.

The Condado de Haza estate in Ribera del Duero includes 200 hectares of vineyards dedicated to the tempranillo grape. This ripe and complex red wine has gained in concentration and richness after aging for 14 months in American oak barrels in the cellar’s underground cellar. The cherry and plum kernel is balanced by a beautiful structure and fragrant floral and spicy notes. Drink now through 2026. Available in Ontario at the above price, $ 25.65 in Quebec (2017 vintage).

This is done by the estate of the Fernandez family in Zamora in Castilla y LeÃ³n. A complex and well-structured red wine made from 100% Tempranillo, which offers a blend of richly concentrated fruit flavors and fragrant oak notes. The spectrum of more ripe flavors suggests a blend of blackberry jam and kirsch with hints of cocoa, pepper and balsamic. Drink now through 2026. Available in Ontario at above price, $ 20.75 in Quebec.

This ripe and juicy red wine from South East Spain is made from 100% Monastrell (aka MourvÃ¨dre) and offers a blend of fresh and dried fruit notes and some scent accents of tobacco and savory. Its smooth and round texture makes it easy to enjoy. It’s a simple and effective barbecue red. Suitable for vegans. Drink now. Available at the above price in Ontario, $ 12.49 in British Columbia ($ 9.97 until June 5), various prices in Alberta, $ 13.99 in Manitoba.

A dry rosÃ© made from tempranillo grown in Rioja, it offers a blend of strawberry flavors and simple and refreshing spices. Its crisp, clean style makes it a friendly rosÃ© that’s ready for barbecue season. Drink now through 2022. Available in Ontario.

The best-selling Crianza-style red wine in Spain, Cune offers an appealing combination of crisp, crisp red fruits, with hints of tart cherry and pomegranate with some fragrant herbal notes. Designed to be refreshing, with well-balanced tannins and acidity, the light, juicy personality makes this a great red to enjoy with or without food. Drink now through 2027. Suitable for vegans. Available in Ontario at the price above, $ 29.49 in British Columbia, various prices in Alberta, $ 19.99 in Saskatchewan, $ 16 in Quebec, $ 21.99 in Nova Scotia.

A blend of tempranillo with small additions of Grenache, Graciano and Mazuelo, this reserve red wine offers an appealing blend of ripe red fruit and sweet spices with a pleasantly smooth texture. The ripe, juicy style makes this wine enjoyable right now, but it has the structure and intensity to age gracefully. Drink now through 2028. Available in Ontario at the above price, $ 29.49 in British Columbia, various prices in Alberta, $ 31.99 in Nova Scotia, $ 29.49 in PEI Prince Edward Island.

One of Spain’s most famous rosÃ© brands, Gran Feudo is produced from the Grenache (Garnacha) grape from Navarre. It’s crafted in a refreshing style, with hints of bright red fruit and some herbal notes that carry on to a crisp finish. It is a rosÃ© wine that is best enjoyed with a meal. Drink now. Available in Ontario.

This rosy take on the popular brand Toro Bravo comes in a savory style that combines sweet and candied berry notes with ruby â€‹â€‹grapefruit and lemon flavors that carry over to the lingering aftertaste. While I wish it offered more overall refreshment, the richer expression is sure to appeal to many consumers. Suitable for vegans. Drink now. Available in Ontario.

Mas La Plana is the flagship Cabernet Sauvignon produced by the Torres family in Penedes, Spain. Coming from a single vineyard planted exclusively with Cabernet grapes, it has been considered one of the best Cabernets in the world since the 1970 vintage. The 2015 vintage is surprisingly accessible with a mellow and polished character at this early stage of development. While it has the focus, balance, and intensity to age gracefully, its current taste makes you wonder why you would want to wait. Drink now through 2030. Available at the above price in Ontario, $ 70.99 in British Columbia, various prices in Alberta, $ 74.99 in Manitoba, $ 65 in Quebec, $ 71.99 in New Brunswick.