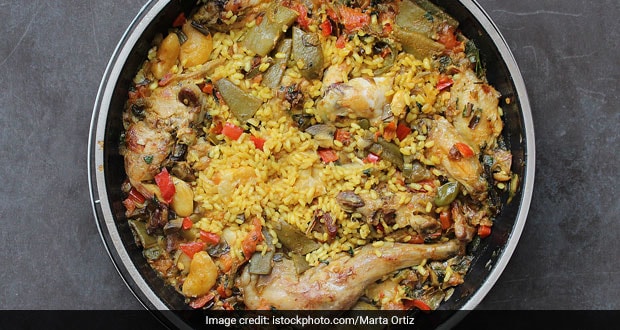 Paella is one of the most complex and popular dishes in Spain, which takes several years for connoisseurs to perfect. However, now it looks like a robot can cook delicious paella, even though expert chefs work hard to achieve the right taste and consistency. A Spanish company, BR5, has developed a robot capable of cooking one of the most famous dishes in the world in a jiffy. Is he good? According to a Reuters report, a Spanish chef who has tried the dish seems to think so. The success of the dish has even led some hotel chains and resorts outside Spain to take an interest in the product, according to the report.

(Also read: Is paella the dish that best connects Spain with India?)

â€œOf course, a homemade rice dish on a Sunday will always taste differentâ€¦â€ said BR5 founder Enrique Lillo. Reuters. “We are not aiming to achieve that, our aim is to travel the world and be able to eat the same rice that we eat in our country, in a different country.”

Mr. Lillo further explained that several theme parks and resorts in Japan already have their own robot paella, given the popularity of the dish.

But it’s not only people in faraway countries, but also locals who can benefit from the paella cooking robot, food experts believe. â€œIn my opinion, this is a wonderful tool and ‘Ole!’ for the developers because I loved it, â€said Maria Munoz, paella chef and director of theâ€œ Cocinea â€gastronomy school, after trying robot-made paella.

But how does the food processor actually cook the complicated dish? The robot consists of an electronically controlled stove and a mechanical arm.

The arm is used to add the ingredients sautÃ©ed on the paella pan, followed by the rice. He then stirs the dish with a skimmer before pouring in the fish stock. All the ingredients must be prepared in advance and are already measured for a paella. Once all the ingredients are in the pot, the food processor stirs and shakes constantly until done.

Ms Munoz further said that the robot would be very useful for restaurants as it allows more paellas to be prepared at a time. â€œIf you only have one paella cook, you can only make 20 at most because it’s crazy, especially finding the perfect place for paella,â€ she added.

Sharing the Reuters report on Twitter, social media users had mixed reactions. One user said, â€œWhat should I tell my mom now? Sorry mom. A robot cooks better paella than you do. Stop the madness, please.

â€œNot the future we were promised, but always bright things to come,â€ wrote another user.

Not the future we were promised, but always bright things to come.https://t.co/IisDdv01Lz– Ismael Mullor Ruiz (@IsmaMullor) May 21, 2021

BR5 also shared the video of the robot preparing the dish on Instagram with a caption in Spanish, which roughly translates to “Drape the rice.” Added rich shrimp! We also like it with aioli. Be a robot.

Well, we might not have a robot, but we have the recipe for a delicious paella that you can try at home.

So tell us what you think of the robot and its talent for making paella.