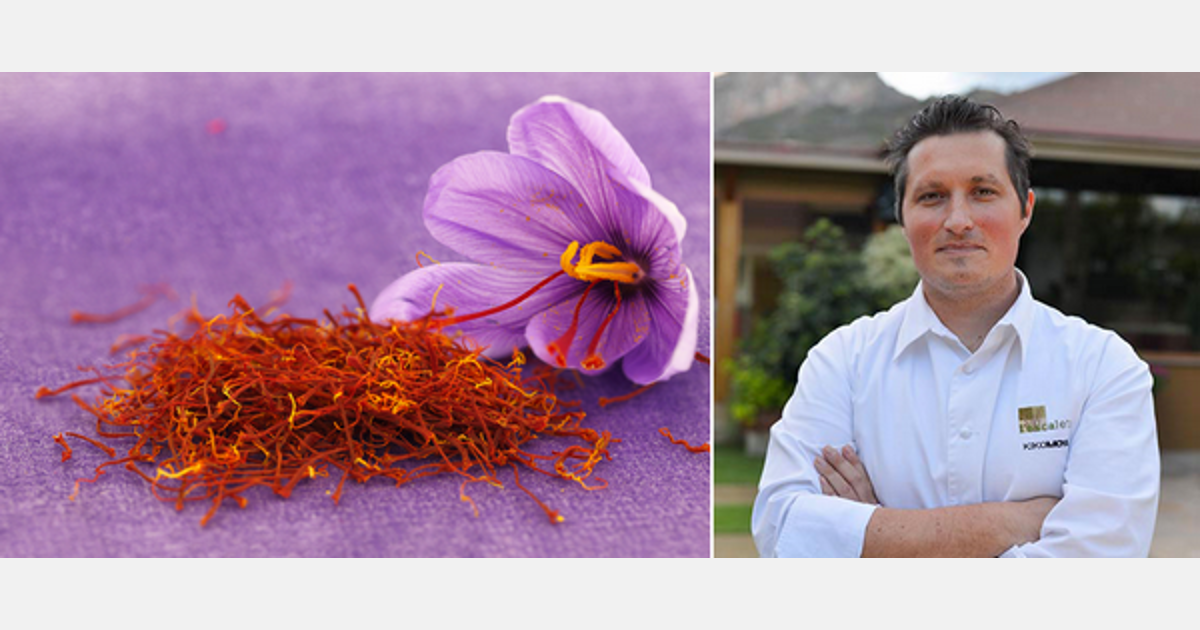 Kiko Moya, a well-known award-winning Spanish chef from Alicante, has been appointed Global Brand Ambassador for Saffron Tech. Chef Moya will test the saffron produced by Saffron Tech through vertical cultivation methods and provide feedback on the quality and flavor of the product.

Saffron is known as the red gold of Spain and is produced primarily through traditional labor-intensive farming practices in the Castilla-La Mancha region. The spice is an essential ingredient in Spanish cuisine, especially in the traditional paella dishes for which the country is known. Spain is the second largest exporter of saffron.

â€œSaffron has a complex flavor and unmistakable aroma that can enhance a variety of dishes,â€ says chef Kiko Moya. â€œThe versatility of saffron allows us to use it in a large number of preparations, hot dishes, rice dishes, fish, white meats and of course, desserts. This is the reason why I decided to bring my knowledge of the multiple qualities of this flower.

â€œKiko Moya is one of Spain’s most decorated Michelin-starred chefs,â€ says David Freidenberg, CEO of Seedo Corp. â€œWe want to be sure that the saffron grown, using our technology and our vertical cultivation protocols, meets the highest standards. We welcome the expertise and guidance of Chef Moya as we continue to move forward on our mission to create a reliable source of saffron that equates to product grown using traditional farming methods.

Kiko Moya is co-owner of L’escaleta, a more than 40-year-old family restaurant located in a picturesque town in south-eastern Spain. The restaurant is frequented by locals and travelers alike to enjoy cuisine that â€œexperiments with local ingredients and ancient techniques,â€ according to Chef Moya.