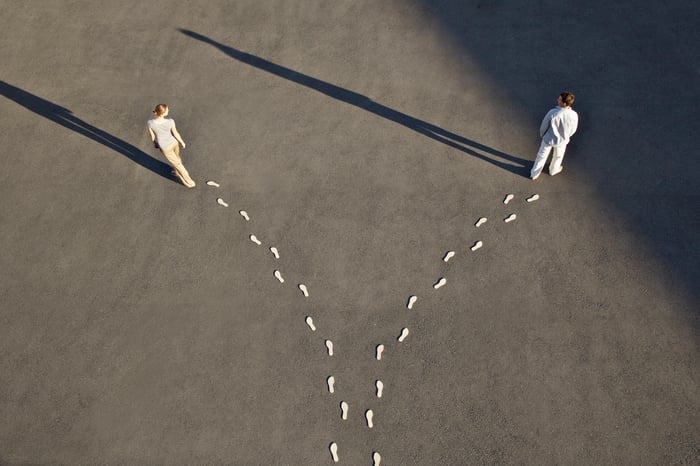 The clouds could darken for the cloud storage service provider Box (NYSE: BOX) as an independent entity. According to a Monday report in Reuters, citing “people familiar with the matter,” the company is considering a sale to an outside entity.

Sources in the article say Box management has discussed such an arrangement with interested buyers, including private equity firms. None of these companies have been identified.

Box is apparently feeling pressure from the Starboard Value hedge fund, a reputable and often effective activist investor. In mid-2019, Starboard disclosed that it had acquired a 7.5% stake in Box, using the boilerplate rationalization that the company was “undervalued and represents an attractive investment opportunity”. Starboard was an effective campaigner, getting three of its chosen nominees to Box’s board of directors the following year.

Neither Starboard nor Box management has yet commented on the Reuters report.

Last month, according to another Reuters article again citing “people familiar with the matter”, Starboard was preparing to mount a challenge to the board of directors unless the company took action to increase shareholder value.

Although Box has been growing its revenue over the past few years, the pace of that growth is waning, and the company has recently been consistently unprofitable. It hasn’t profited as much as other online service companies during the work-from-home trend sparked by the coronavirus pandemic.

As a result, its stock hasn’t been very dynamic on a historical basis; even after peaking nearly 5% on Monday following the Reuters report, it is trading at $23.65 per share. That’s just $0.42 higher than its level at the end of the stock’s first trading day after its initial public offering (IPO) in January 2015.

10 stocks we like better than Box
When investment geniuses David and Tom Gardner have a stock tip, it can pay to listen. After all, the newsletter they’ve been putting out for over a decade, Motley Fool Equity Advisortripled the market.*

David and Tom have just revealed what they believe to be the ten best stocks for investors to buy now…and Box was not one of them! That’s right – they think these 10 stocks are even better buys.