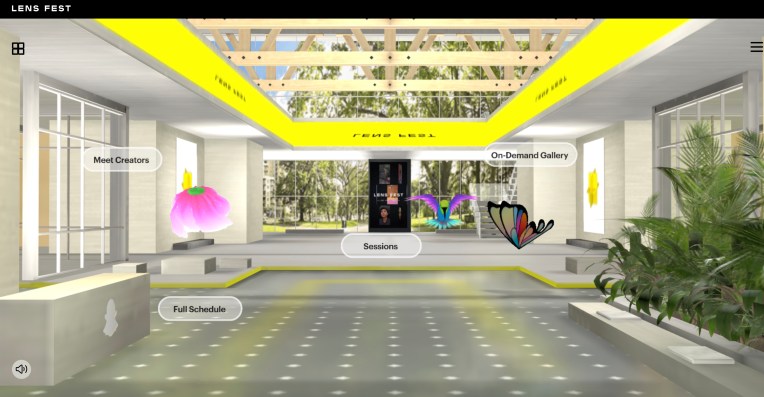 Snap today announced a new $3.5 million 2021 fund that will go towards supporting Snapchat Lens creators and developers who use the company’s Lens Studio tool to explore the use of AR technologies. The news kicked off Snap’s multi-day virtual event, lentil festivalwhere it also announced an improved version of its Lens Studio software and revealed that Snapchat community-made lenses have now been viewed over 1 trillion times.

Snapchat’s lenses have become an important part of the app’s overall experience, especially now that development has been open to the wider Snapchat community. Today, Snap says there are tens of thousands of Lens Creators worldwide who have made over 1.5 million Lenses to date.

Meanwhile, over 180 million people now interact with a Snapchat lens every day – that’s up from only 70 million daily active Lenses users when the Lens Explorer section was first launched in the app.

The company wants to invest more in these community-created Lenses, as they are now driving the majority of Lens view growth among Snapchat users, where the best Lenses can reach billions of views.

The new fund will draw on Snapchat’s existing resources Creators Residency Program, announced at the Snap Partner Summit, which allowed developers, creators and artists to apply for funding to manufacture their Lenses. This program focused on using technologies such as SnapML, while two additional residency programs invested in areas such as games, education and storytelling.

Snap says it will offer more details on how creators can tap into the new $3.5 million AR-focused fund early next year.

In addition to the fund news, Snap revealed the Lens Studio update (ver. 3.3), which adds new tools and workflows for creators.

This includes a feature called My Lenses 2.0 to help creators find and manage their own Lenses with a new tool. This allows them to manage their Lenses in web browsers outside of the Lens Studio app, switch between personal and sponsored Lens accounts, view their Lens status, set Lens visibility, as well as add tags, scan triggers and preview videos.

The tool also introduces visual scripting that allows creators to create complex logic for custom interactivity in their Lenses without coding. Other changes include texture compression improvements in Lens Studio to help Lenses load faster and use less RAM; an updated logger that will now aggregate, filter and search messages; and a new Building Blocks feature that offers downloadable assets and support scripts that help makers prototype, refine, and add functionality to their Lens experiences.

The Lens Fest virtual event will continue over the next three days, with sessions focusing on various technologies, such as augmented reality, machine learning, and LiDAR, as well as Lenses success stories, and other stuff. and tips.