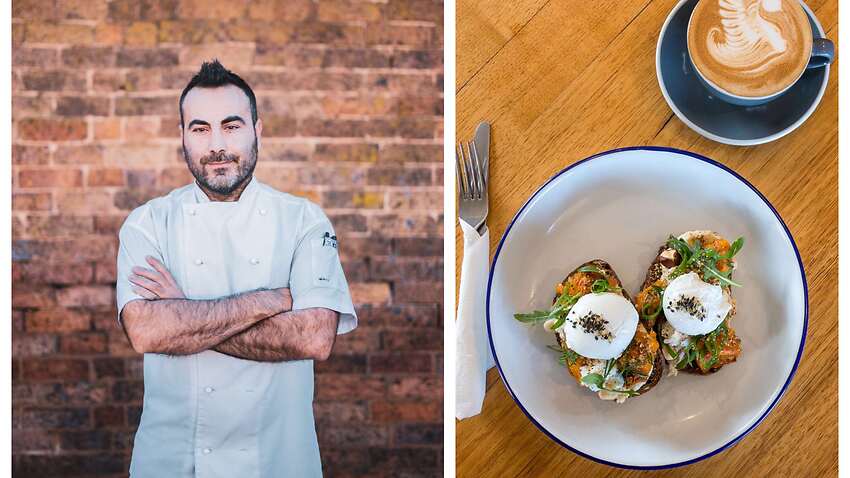 How do you prepare a distinctive dish made only from local products?

This is a challenge that most chefs would struggle to meet. But that’s exactly what Spaniard Ruben Lopez is doing, to promote local producers in his hometown of Orange.

Lopez is the founder of the Eat Spanish movement, a nonprofit business that works with grants to promote Spanish cuisine around the world.

Through the movement, he brought Orange the ‘Zero-kilometer Gastronomy’ initiative, which aims to promote the city’s food producers beyond the regions, at a time when state borders remain closed due to related restrictions. to COVID-19.

In recent years, Orange has grown into a tourist hub for its world-class food and wine scene.

The city’s geographical location, located over 250 km west of Sydney and around 900 meters above sea level, makes it a favored location for growers due to its cool climate.

“[With COVID] it is necessary to help each other and to help farmers who cannot transport their products to other states. It is a way of promoting the quality of their product.

Lopez moved from Sydney to Orange with his wife Kelly and daughter Isa in search of a better quality of life.

He says the city reminds him of La Mancha, the region of Spain where his grandparents live and where the fictional character, Don Quixote, began his adventures.

However, it was the city’s apple industry that ultimately attracted him.

â€œFrozen apples that are often found in supermarkets have a kind of white ring. This means they were frozen from the previous season,â€ he explains.

At the Bills Beans East Orange cafe, Lopez makes special toasts that have become popular in the city.

He says the eggs used in the dish are the star product, due to their freshness.

Every morning, a local egg farmer who runs a small family business in Orange delivers them to the cafe where he works.

Lopez explains that he breaks the eggs onto a plate to inspect their texture.

He says the best eggs are those with a dense texture, which are different from supermarket eggs – with thin, watery egg whites that scatter over a dish when broken.

“Remember, the bigger and thicker the egg white, the fresher the egg.”

His inspiration comes from the passion he feels for Orange and its region which has become his home.

He loves to showcase local flavors and gives customers a feel for the region’s four distinctly different seasons.

Lopez says it allows visitors to appreciate the love farmers have for producing premium vegetables and fruits, as well as their meat products.

â€œOrange has distinctive products because it is located in an elevated area with a cold climate,â€ he says.

Products like garlic, saffron and apples are quite authentic.

The cafe where Lopez works looks like a honeycomb because of the swarm of customers surrounding it. His signature toast dishes seem basic, but they’re far from ordinary.

Before designing his dishes, Lopez looks for local producers, to make sure the menu is authentic and local.

He wants his toasts to contribute to the community through environmental sustainability. They therefore offer nine products from five local producers.

Then he looks, talks and listens to the products. He studies their characteristics and their potential and tries to challenge himself by creating a mixture of flavors and textures.

He also applies the concept of â€œno wasteâ€ to his cooking.

â€œIt’s how my family taught me. At home, I especially like to use and reuse as much as possible to save money. But most of all, I like to use all those pieces that people tend to throw away sometimes. Swiss chard, spinach stalks, etc. All that. I never understood why we get rid of it. In fact, these are the pieces that contain the most nutrients and vitamins, â€explains Lopez.

Spanish SBS paid for its own food consumption.