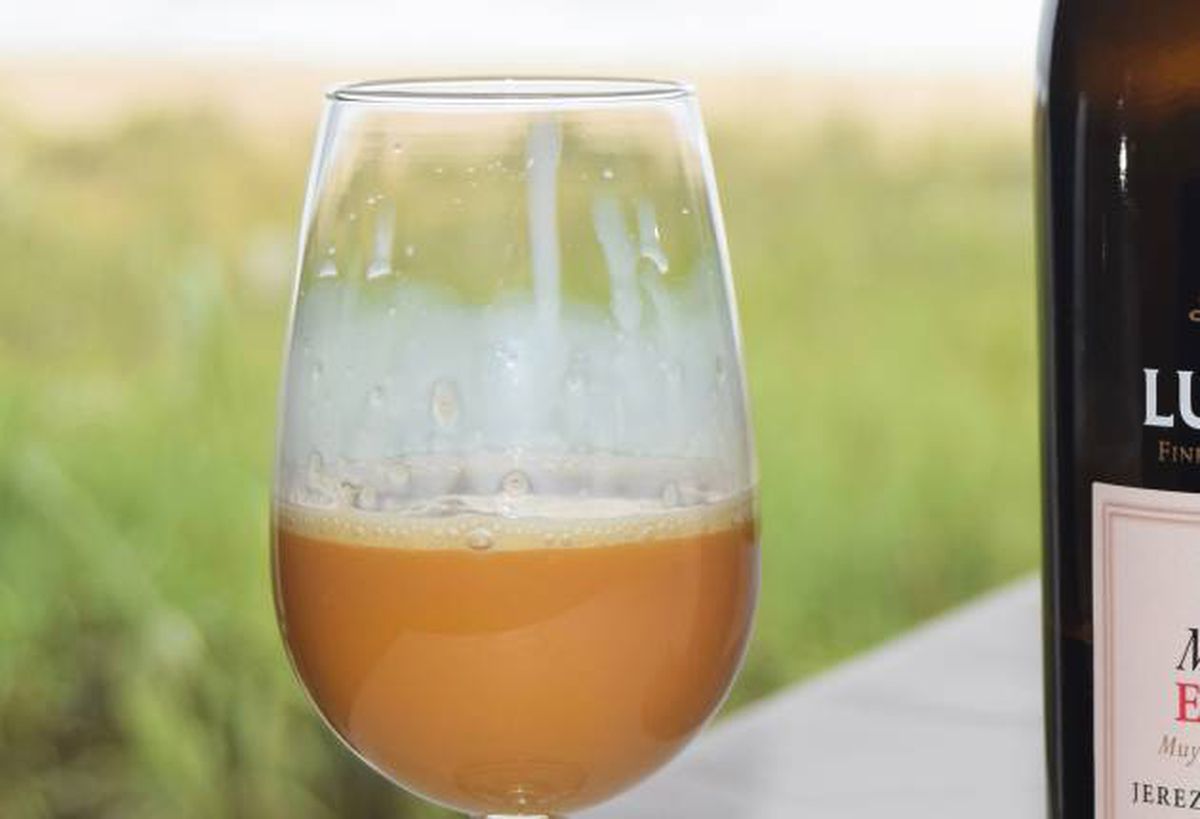 Candiel or candied was a “fortifying” drink given to many children in the southern province of Cadiz in Spain in the mid-20th century. There was only one small problem with this: the ingredients included alcohol.

In an era of threadbare pantries and weak offspring, parents would prepare an energy drink for their children made from sherry wine (usually sweet), egg yolk and sugar aimed at injecting vitality into their veins. .

It was therefore not uncommon to see children aged 10 and 11 running in the streets with more energy than a wind farm, after having drunk a few sips of this infusion of orange.

â€œI remember that my mother made it to me with muscat, either to give me some pep or to whet my appetite. I must have been around 12 years old, â€recalls Pepi Morales, now 58, from Trebujena, a town very close to Jerez de la Frontera – the sherry wine capital of the world.

MariÃ¡ngeles JimÃ©nez, who was born in the nearby town of SanlÃºcar de Barrameda in 1951, also remembers her first experience with alcohol. â€œTwo of my uncles worked in cellars, and when they came home after gluing the wines to the egg whites, they brought back a pile of discarded yolks. These were used to make candied, which they gave me as an invigorating drink when I was five or seven.

But the origins of candiel go back at least to the 18th century. In volume 2 of the Spanish dictionary Diccionario de Autoridades, published in 1729, candiel was defined as “a kind of broth or sauce made from white wine, egg yolks, sugar, and other spices, and used to season and cook hens, chickens and the like. poultry. It is very tasty and frequently used in Andalusia and elsewhere. But in 1783, candiel was no longer described as a meat seasoner.

“It’s an English drink, I don’t know if they made it with sherry first,” says BeltrÃ¡n Domecq, chairman of the board of directors for wine regions. Jerez-XÃ©rÃ¨s-Sherry and Manzanilla de SanlÃºcar, which are protected by the DenominaciÃ³n de Origen appellation similar to French appellations.

â€œIt is likely that the word candiel is an adaptation of the words candy and egg. ” he adds.

The theory makes sense, because the English were once very present in the cellars of Jerez. â€œMy maternal family is of English origin and my great-grandfather founded [Jerez-based winery] Williams & Humbert. â€œAccording to the board’s website, English, Irish and Scottish wineries settled in the area in the 17th and 18th centuries, coinciding with the first mention of the word candiel in the Spanish dictionary.

Even Charles Dickens mentioned it in chapter 23 of Dombey and son, which he published in the 1840s. In this passage, one character recommends the following concoction for Paul Dombey’s “bodily weakness”: “egg yolk, beaten with sugar and nutmeg, in a glass of sherry”.

Paul was a minor, so it wasn’t just the Spaniards who offered their children a drink of alcohol to give them a boost.

The drink may have its origins in British territory centuries ago, but in Spain it was still given to children in the 1970s, either to energize them or to increase their appetite.

“It is possible that this drink worked as an appetite stimulant because alcohol consumption is linked to increased feelings of hunger through various factors,” says Beatriz Robles, dietitian, nutritionist and food scientist. Robles notes that drinking alcohol makes it harder for the liver to convert glycogen into glucose, “which lowers blood sugar levels and may make you want to eat more.”

As for its alleged invigorating properties, Robles believes that “what was probably achieved was a relaxation of inhibitions caused by alcohol, without any positive aspects.”

In addition, â€œthe effects of alcohol on children are more intense than on adults. It can affect the development of vital organs and interfere with hormonal processes, in addition to having an impact on their cognitive development, â€concludes this expert.

Which does not have

As if candiel weren’t enough, there was another type of alcoholic drink that parents started giving their little ones around the same time: quina wine.

Like candiel, it was one of those drinks considered “medicinal” that became popular in Spain in the 19th and 20th centuries. It was not until the 1970s that society became more aware of the harmful effects of alcohol on children.

â€œQuina is made by mixing wine with essence of the quina tree, from which quinine is extracted. To this is added syrup or honey, depending on whether you use sweet or dry wine, to counter the bitterness of the quina, â€explains Antonio Barbadillo of the Barbadillo winery, which released a product called last year. K from Quina. â€œIt was given as an invigorating drink to weak children, or to increase their appetite. I remember when they gave me quina when I was a child, then I ate like a lion.

Although traditionally this drink has used the bark of the quina tree for this purpose, Robles says there is no scientific evidence to prove its effects, and it is therefore very likely that the effect on the appetite of children is due to alcohol. It’s probably the same process that causes people to walk out of a nightclub and gobble up a tanker-sized kebab.

Quina is still marketed today under various brands such as Kina San Clemente, produced by the MÃ¡laga Virgen winery. But candiel is just a memory to be shared by a generation that grew up with it.