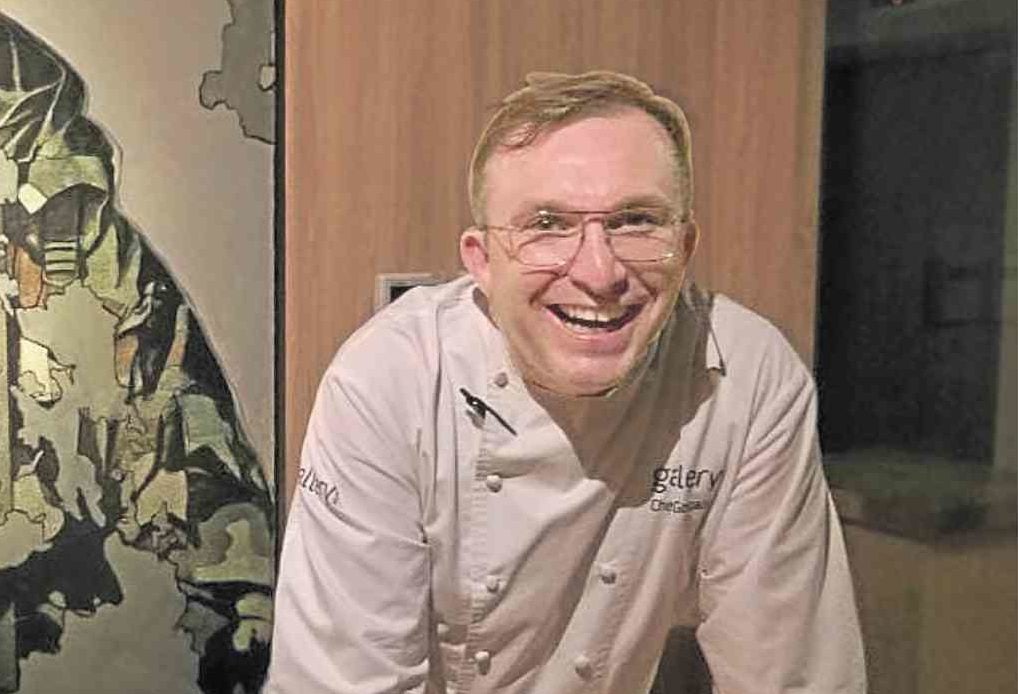 My recollection of Chef Chele Gonzalez’s first foray into discovering local ingredients was how excited he was about the alibangbang (Bauhinia monandra), the fancy name tree, the pink butterfly tree, whose leaves are used as an acidifying agent.

It reminded me of the first time I saw the tree and was told it was used in the sinigang, which made me very excited. We had different ways of channeling this excitement: Chele through cooking and I through writing.

A group of us, including Chele, spent several days in Iloilo having three breakfasts which mixed with lunches and then at a merienda which became a dinner and a dinner which continued until a last drink. It was as if our host and Western Visayan gastronomy advocate, Tibong Jardeleza, didn’t want his guests to be hungry and thirsty, even for a minute.

It was Chele’s verve that came to my mind when the bibingka cheesecake was served. This was his take on the Iloilo bibingka, little pieces that can be bought by the side of the road. I can still see him dancing while waiting for his order from Iloilo bibingka with bits of buko in it.

The bibingka came much later on the ordered nine-course menu. If we kept count, we probably had about double the number of courses because additional articles had been added.

But one can hardly complain when the salt meringue with a creamy center of chicken adobo melts in your mouth. Or when the seaweed cracker carries expertly prepared fish kinilaw (no ceviche as some reviewers have called it). Or the tortang takoyaki somehow disappears in the mouth before you can even discern that it contained eggplant and burong mangga (mango in brine).

Despite the small amounts, our palates were over-stimulated by many flavors and textures: bittersweet, bittersweet and spicy, crunchy and smooth, sweet and brittle.

Fusion has become a dirty word in culinary circles. It can mean combining different cuisines or ingredients that traditionally don’t go together.

Consider the filet and laing (shredded yam leaves in coconut milk) in the course called “Turf” or the items in “Fired! Pulpo” which had octopus and papaya in chicken juice. Even the name “Truffle” did not seem to belong to the combination of oyster, apple and coffee.

But fusion cuisine is not a bad thing in the hands of skilled chefs. Chele Gonzalez from Spain studied in Bilbao, trained and worked with famous Spanish chefs in their restaurants like Mugaritz, El Cellar de Can Roca, Arzak, El Bulli.

When he first arrived in the country as a chef at Sofitel Manila, he was billed as the â€œchef of molecular gastronomyâ€. He moved on, opened his own restaurant and when he began to focus on local ingredients he defined his own philosophy – “the preservation, sustainability and exploration of local food and flavors. of the Philippines and the Southeast Asian region “.

Chele said he was always tired at the end of the day because it is morning. He starts working early, maybe not yet in the kitchen, but he remembers things in his head.

One wonders what he would do with Iloilo’s takway (gabi or yam roots) and ubad (banana pith) or how he would apply tinuom cooking, steaming food inside of banana leaves, in his restaurant, Gallery by Chele.