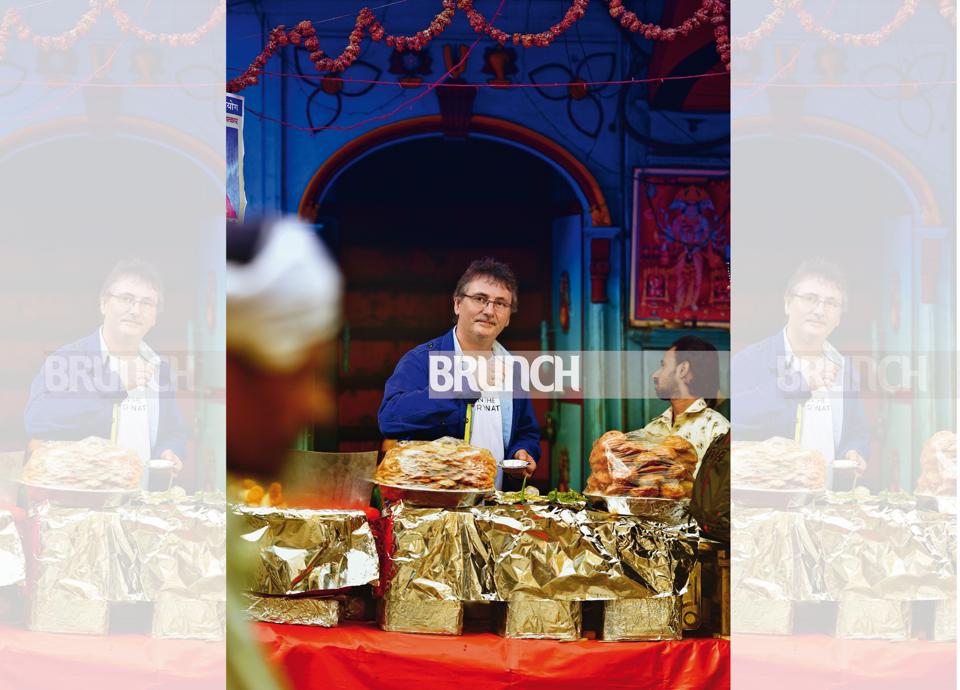 It’s a balmy winter afternoon, the perfect time to escort celebrity chef Andoni Luis Aduriz, the man behind the award-winning Spanish restaurant Mugaritz in Old Delhi. The two-Michelin-starred Mugaritz restaurant is housed in a former mansion on the border of the Basque towns of Errenteria and Astigarraga, near San SebastiÃ¡n. It ranks ninth on the World’s 50 Best Restaurants list (2018) and is the only one in the world to feature in the Top 10 World’s Best Restaurants by Restaurant Magazine ranking for 12 consecutive years.

â€œWhen I saw fish and seafood being used with milk as a base in India, it was revolutionary for me! ”

Andoni, who only responds to the â€œchefâ€ in his kitchen, is now on his fourth trip to the Indian capital, but he has never been to Purani Dilli before.

This is because his first trip to Delhi about 25 years ago could have sent him instantly back to Spain, never to return.

â€œThe temperature hit 50 degrees for the first time in many decades,â€ Andoni recalls. â€œMy luggage was not found either. When I walked out into the streets – I hadn’t traveled the world as much as I do today – everything piled on top of me. It came as a shock. It was my first impression of India.

Part of Andoni’s shock in his Indian beginnings came from the fact that he comes from San SebastiÃ¡n, a small town in Spain with a small population. Even Madrid, he said, had been a shock to his system.

But Delhi’s shock quickly turned to admiration. Andoni had come with another chef and neither of them knew anything about food in India. â€œWe only ate what we heard from people, but this visit really impressed me,â€ he says.

He especially remembers the masala lassi he had and how delighted he was with the fresh, cold yogurt. â€œI found it very exotic,â€ he declares with childish excitement.

To tell the truth, almost everything that was not from San Sebastian was exotic to Andoni – for example, the first time he traveled by plane he was 18 and was heading to Frankfurt. â€œNow I have an eight-year-old son who has already visited 20 countries,â€ he smiles.

Forget Indian cuisine, which was then only available in the big cities of Madrid and Barcelona, â€‹â€‹Andoni had his first pizza long after the age of 15. “I didn’t even know what pizza was!” he’s laughing.

Today, just as his life has changed, his opinion of India has changed. He’s here, this time, to recreate Mugaritz magic using many Indian ingredients as part of ITC Global Tastes.

India, he says, has definitely changed a lot. Andoni says: â€œI was very naive when I first came and India was extremely rustic. When you come for the first time, either you love him so much that you kiss him or you hate him.

He relates this change to how he himself has changed. He was an aspiring young chef 25 years ago, for example, and he’s now a real chef, which certainly means a dramatic change in perspective. â€œPlease keep one thing in mind as well,â€ he said. â€œOver the past 10 years, the concept of restaurants has also changed. Super modern restaurants embrace the culture of your country and it all happened in a very short period of time. It’s incredible.”

He cannot name any particular dish as his Indian favorite. He can’t even name a Basque dish as loved. â€œIt’s because I like diversity and variety,â€ he said, shrugging his shoulders. â€œSo if I eat fish today, I would like to eat chicken tomorrow or meat the next day. Even though I like something, I don’t want to repeat it. I want my food to have as much potential for change, for variety as possible.

â€œIn a Basque fish, you can smell its bones, whereas in India there are so many spices used that you end up feeling something else!

And that explains why, after his visits to Delhi, Jaipur and Agra, he uses cardamom in some of his Basque dishes, as well as milk or yogurt as a base. â€œWhen I saw fish and seafood being used with milk as a base in India, it was revolutionary for me,â€ he says. â€œMany times what you see in a different culture you end up using it in your own. However, he cannot identify with India’s taste for sweets. Andoni prefers savory to sweet by far and hasn’t had a sweet meal at his Mugaritz restaurant for two years.

Down the food trail

We are now in Old Delhi, and in the company of Manisha Bhasin, Senior Executive Chef of ITC Maurya, we begin our gastronomic journey at Karim’s. Andoni is good at crossing crowds and soon begins to observe skilled laborers spinning fine handkerchiefs. He takes a bite of the succulent kebab and relishes the sheermal before hitting the Parathe Wali Gali coil, stopping to take a quick peek at the roadside biryani and chaat.

Despite his lack of a sweet tooth, he can’t resist a bite of juicy jalebis at Chandni Chowk’s famous Jalebi Wala. And after that candy he claims he’s now an Old Delhi pro and is happy to get in an electric rickshaw to get back to his car near Jama Masjid.

Despite his interest in Indian cooking techniques, Andoni says that Basque and Indian cuisines are totally opposed to each other. â€œBasque food is clean in the sense that nothing else is put in it,â€ he explains. “For example, in a Basque fish you can smell its bones, whereas in India there are so many spices used that you end up smelling something else.”

This does not mean that he has closed his mind to other tastes and aromas. Andoni’s next trip to India will hopefully be to Mumbai and the southern states, this time accompanied by his wife and eight-year-old son who occasionally tries his hand at cooking.