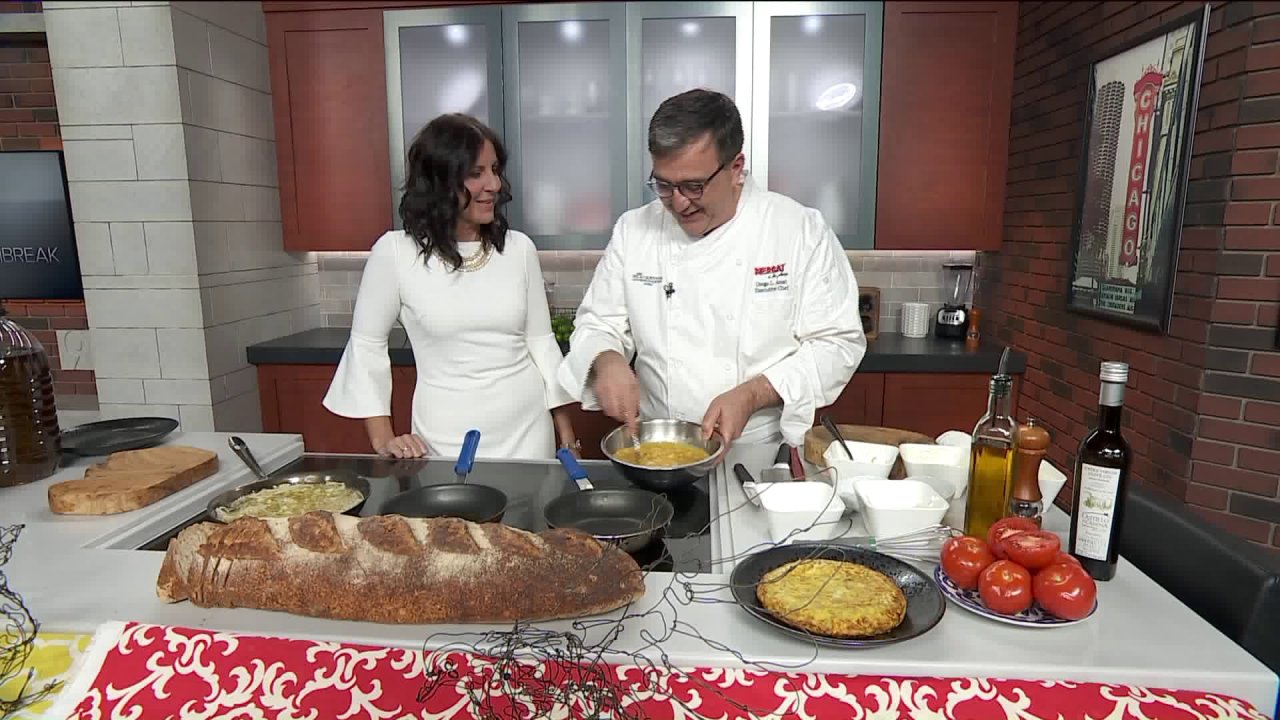 This is an archived article and the information in the article may be out of date. Please look at the history’s timestamp to see when it was last updated.

For the Tortilla (Spanish omelette)

2 pounds of Kennebec or Yukon Gold potato (peeled and diced)

In a large pan caramelize the onions, once caramelized add the diced potatoes. Fry the potatoes in oil with the onions until they develop a crisp golden brown color on all sides, being careful not to burn the onions.

While the potatoes are cooking, whisk together the eggs in a separate bowl.

When the potatoes are well colored and cooked through, drain the oil mixture and mix with the beaten eggs.

Season the mixture with S&P.

To make the tortilla:

Heat a nonstick skillet over medium heat for about 2 minutes until heated through, but not smoking.

Add a drizzle of olive oil, then the egg mixture, stir to heat evenly and cook on one side for about 3 minutes, until the mixture begins to set.

The egg will still be runny in the middle, but that’s okay. Using a large round surface, such as a plate, remove the omelet from the pan, then return it to the pan to finish cooking.

Some like their tortilla that is still runny inside, others like it well done, it’s up to the cook! We serve ours with aioli or pan con tomate.

The Spanish tortilla is served hot or at room temperature and is delicious either way!