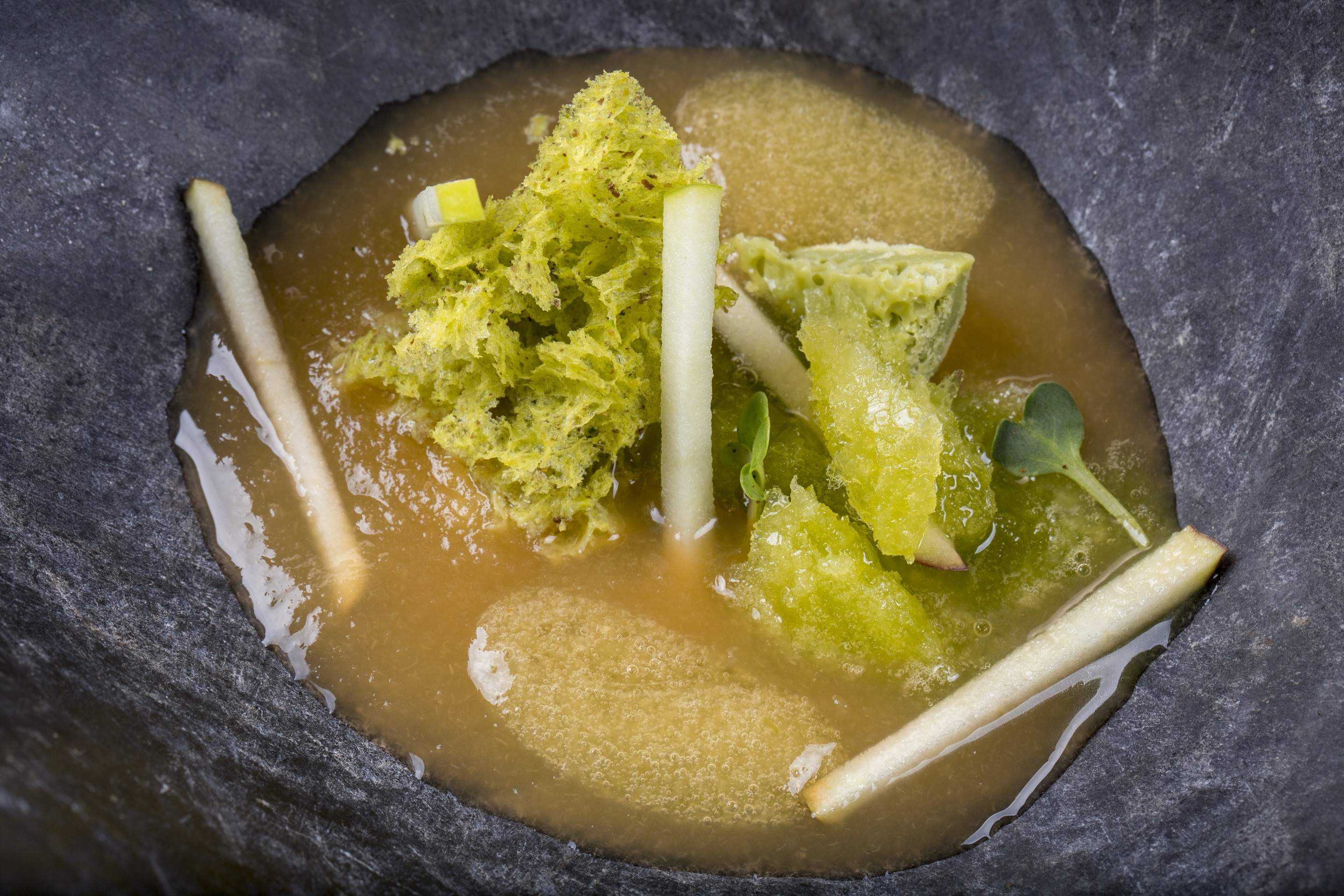 Did you know that apart from tomatoes and potatoes, a typical Spaniard also likes rice and fish, just like a Bengali? Although Kolkata has many restaurants serving authentic Mexican nachos and tortillas, there are hardly any Spanish joints.

Chef Marcos organized the menu, which is eclectic and covers all of Spain. â€œHistory has greatly influenced local Spanish culture and cuisine. The cooking methods and ingredients that make up Spanish cuisine come from a complex history, where the invasions and conquests of Spain played a major role. Spanish cuisine mixes old and new traditions, and it is this beautiful confluence that we want to show. We also want to highlight the robust flavors and aromas, â€explains the exuberant and warm chef.

Honestly, we were surprised by the variety on display. The chef served us Spanish pintxos, which were an assortment of various toppings on pieces of bread, and they were awesome finger foods. Asparagus in romesco sauce followed and we loved it too for its crunchy but juicy taste. The Patata Bravas, roasted potatoes, were cooked to perfection, which we had with a Spanish potato frittata and tomato bread. The frittata was a delicacy in its inexplicable innocuous way.

Then came three different paellas for our main course – the traditional paella, the Iberian paella and the vegetable paella. The traditional paella made with squid, sea bass and shrimp was delicate and balanced in taste. The vegetarian version with zucchini, eggplant, mushrooms, green and white asparagus, beans and peas was neat. But the Iberian paella was the best. Cooked to perfection with chicken, porcini mushrooms, green asparagus, alioli and parsley, the play of spices was subtle but distinct.

For the desserts, there was the Catalan Cream and you have to taste it to feel it. Trust us, it was heavenly and a must try at this festival.

Marcos, from a small town, Monzon, in northern Spain, tells us that like the Bengalis, the Spaniards also love their share of fish, especially sea bass, shrimp, snapper and wood sardines. In winter, they like hot stews made with chicken, lamb, beef or fish and in summer gazpachos or cold tomato-based soups are the popular choice. â€œSalmorejo is a kind of bread and tomato-based gazpacho and is lip-smacking,â€ Marcos says.

Before the Spanish National Day, Una Fiesta is worth trying.