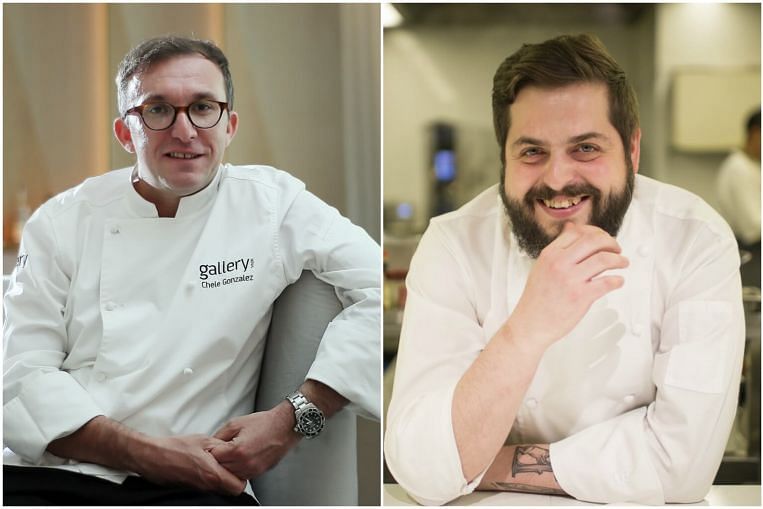 SINGAPORE – A gourmet event not to be missed at the one Michelin star restaurant Iggy’s at the Hilton Singapore.

Limited seats for the five-course lunch ($ 130 ++) and eight-course dinner ($ 245 ++ $ ++, $ 295 ++ $ ++ with wine) on Friday October 20 at Iggy’s are still available for the collaboration four hands between Iggy Aitor’s chef Jeronimo Orive and Spanish chef Jose Luis “Chele” Gonzalez of Gallery Vask restaurant in Manila.

They had worked together in Spain – first at the one Michelin star Nerua Guggenheim Bilbao, where Orive was a cook and Gonzalez the chef de partie, then at the Mugaritz restaurant, two Michelin stars, in the Basque region.

Orive joined Iggy’s last year, while Gonzalez – who has worked at other well-known Spanish restaurants such as Arzak, elBulli and El Celler de Can Roca – opened Gallery Vask in 2014. The restaurant – known for showcasing the products from the Philippines – currently ranked # 35 on Asia’s 50 Best Restaurants list.

The dishes on the menu show how each chef has been influenced by the cuisine of their current hometown.

A selection of snacks also combine influences from Singapore and Manila. Kwek Kwek, for example, is a variation on fried quail eggs from the Philippines, while Iggy’s signature Roti John is made with sweet apple meringue and chicken liver mousse.

A surprise dish from Gonzalez, called Tear Drop, is a dish made with sibujing (chives), kalingag (a cinnamon tree native to the Philippines), and iberico jamon.

Of this collaboration, Orive says: â€œWe both seek to showcase the flavors and riches of our adopted country. Chele seeks to present Filipino cuisine and lesser-known ingredients using modern European techniques. Much of its inspiration comes from the deep historical connection the Philippines shares with Spain.

â€œAt Iggy’s, we strongly believe in presenting modern European cuisine with Asian accents, to incorporate local or Southeast Asian touches. This gives each dish a certain nuanced familiarity that diners may not necessarily identify right away.