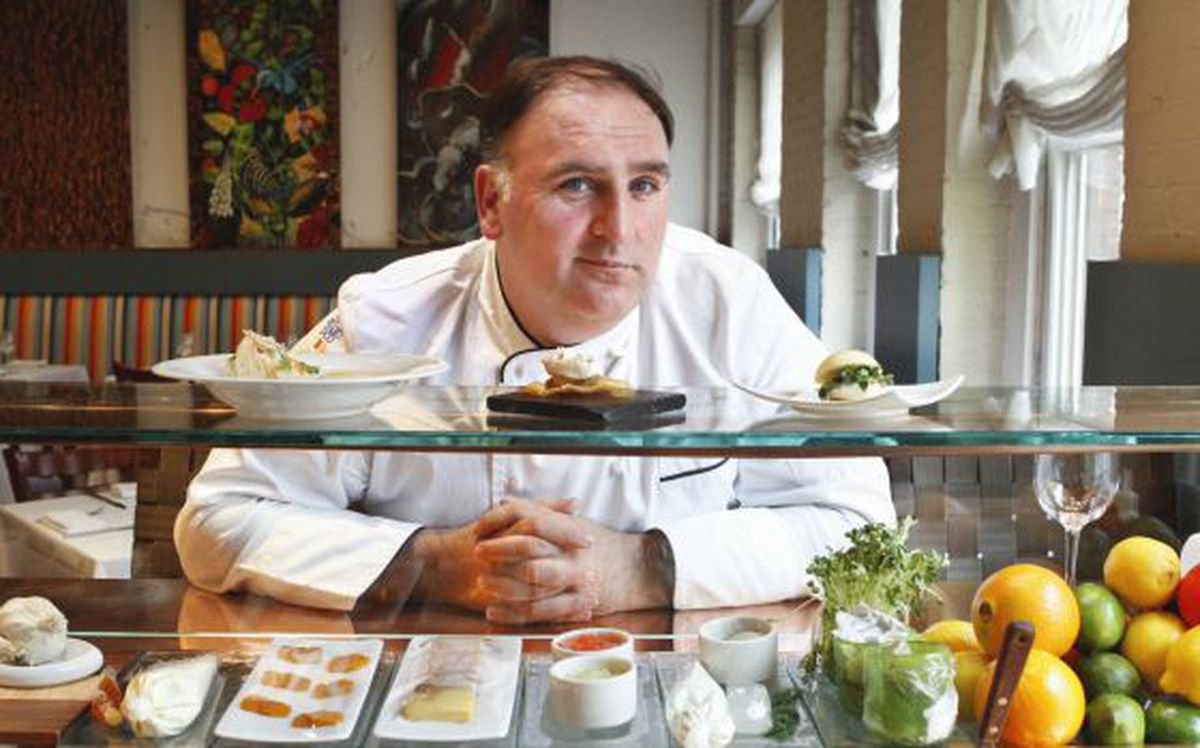 Donald trump suffered another setback on Wednesday when Spanish chef JosÃ© AndrÃ©s, who has made a name for himself in the United States with a successful restaurant chain, has announced that he is severing his business ties with the real estate mogul after making disparaging remarks against Mexicans.

Born in Spain, AndrÃ©s, who became a US citizen in 2013, had agreed to open one of his famous restaurants in the new Trump International hotel, which is being built in the former US Post Pavilion in Washington DC.

“I will win the Latin vote”

Despite an avalanche of criticism from the Latin Hispanic community in the United States on his statements on Mexican immigration, Donald Trump, who is seeking the Republican nomination for the presidential election, does not reconsider his remarks. What is much more surprising is that he thinks he can capture the Latin vote.

â€œI have a great relationship with the Mexican people. I have a lot of people who work for me. I have a lot of legal immigrants working with me. And a lot of them are from Mexico. They love me, I love them, â€the GOP contestant told NBC News Wednesday night.

“And I’m going to tell you something, if I get the nomination, I’ll win the Latin vote.”

His reasoning? Trump has said he will create jobs, which no other candidate can accomplish.

“Recent statements by Donald Trump denigrating immigrants prevent my business and I from moving forward with the opening of a successful Spanish restaurant at Trump International’s next hotel in Washington, DC,” said AndrÃ©s in a press release.

â€œMore than half of my team is Hispanic, as are many of our guests. And, as a proud Spanish immigrant and recently naturalized American citizen myself, I believe every human being deserves respect, regardless of their immigration status.

On June 16, as he announced his candidacy for the Republican presidential nomination, Trump said part of the national security problem was caused by illegal migration across the Mexican border.

“They bring drugs, they bring crime, they are rapists [â€¦] I will build a big, big wall on our southern border and I will make Mexico pay for this wall, â€he said.

Since then, Trump has lost many trade deals, most notably with NBC and the Spanish-language television network. Univision, who canceled Sunday night’s television broadcast of the Miss USA beauty pageant. The two networks have said they will not be broadcasting Miss Universe later this year either, and several contestants, including Miss Mexico, have announced that they will not be entering the contest.

Both competitions are owned by the Trump Organization.

Macy’s, one of the largest department store chains in the United States, has pulled its line of Trump men’s clothing from its racks while the PGA announced that its 2015 Grand Slam Golf tournament scheduled for October will not take place. wouldn’t fit on a golf course he owns in Los Angeles.

ESPN, the 24-hour sports channel, has also said it is changing plans to host its annual Espy Celebrity Golf Championship on a Trump course, and NASCAR has canceled its post-season banquet at the Trump National Doral Hotel at Miami.

Trump has sued Univision and NBC and threatened to sue other companies.

In an email sent Wednesday to The Washington Post, his son, Donald Trump Jr., warned the Spanish leader that he had a 10-year contract and that he could be sued for damages.

“Our relationship with JosÃ© AndrÃ©s has always been good, but put simply, JosÃ© does not have the right to terminate or abandon his obligations under the lease,” wrote the young Trump.

“In the event of Mr. AndrÃ©s’ failure to fulfill his obligations, we will not hesitate to take legal action to recover all the unpaid rents during the entire 10-year period as well as all legal fees and the additional damage we may suffer. We will also enforce exclusivity provisions preventing Mr. AndrÃ©s from opening a competing restaurant anywhere in the DC area. “

While Trump Sr. has gone without apologizing for his comments, his stance on immigration has outraged hundreds of thousands.

A petition on changer.org who had asked the leader AndrÃ©s to cancel his business relations with the Republican candidate collected nearly 3,000 signatures.

AndrÃ©s’ decision was applauded by the Latin Hispanic community in the United States.

“We congratulate JosÃ© AndrÃ©s and all those who recognize that there is no room for Trump’s xenophobic remarks,” said Ali Noorani, executive director of the National Forum on Immigration. â€œTheir response sends a clear message: immigration is about people, not prejudice and political opportunity. “

Anthony Bourdain, one of AndrÃ©s’ friends and kitchen colleagues, said on his Twitter account that the Spanish chef was “my hero”.