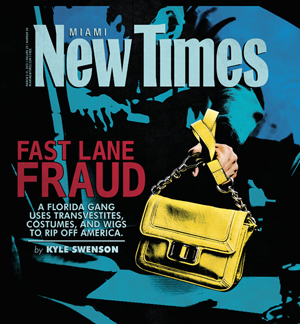 Just as the $500-per-person dinner celebrating the life and work of Spanish chef Juan Mari Arzak barely got a mention at the recent South Beach Wine & Food Festival, so too did another top Spanish chef .

Quique Dacosta, recipient of three Michelin stars for his eponymous restaurant in Denia, Spain, was in Miami cooking for the legendary Arzak and hinted that he plans to open soon in the magical city.

Dacosta was joined in Miami by Mugaritz San Sebastián’s Andoni Aduriz (#6 of the world’s top 50) and DOM São Paulo’s Alex Atala (#7 of the world’s top 50). The event was hosted by chef José Andrés. The trio of incredible chefs were spotted having dinner in the city – they were welcomed at La Mar, the recently opened El Cielo and for a preview tasting at Bazaar.

In the included Instagram snaps, Dacosta mentioned he was “buscando locations(searching for locations), using the hashtags #Miami and #EnCrecimiento.

Another source close to Dacosta, who asked to remain anonymous, said new times: “Quique plans to open in 2016. He has several different projects based on Mediterranean cuisine [Vuelve Carolina and Mercat Bar] and another focused on rice. He will be traveling to Miami in the coming months to continue the search.”

In addition to its flagship Quique Dacosta, which ranks 41st on the World’s 50 Best Restaurants list, Dacosta also owns Mercat Bar; Vuelve Carolina, a tapas concept; and El Poblet, under his management company Daco & Co.. According to the website, “We will take care of opening new gastronomic concepts: bars, restaurants, tapas concepts, shops.”

Like Ferran Adrià, Dacosta began his career at El Poblet, a coastal restaurant serving traditional seafood and other local dishes. He would eventually become the restaurant’s head chef, pushing the menu in an innovative and modern direction, and eventually renaming it while keeping the El Poblet moniker for other projects.

With Andrés already bringing new Spanish cuisine to Miami, it’s very plausible that we can expect to see more from the Iberian Peninsula in the near future. If Michelin’s influence and Spanish fame make their way to Miami, things will get much more interesting.