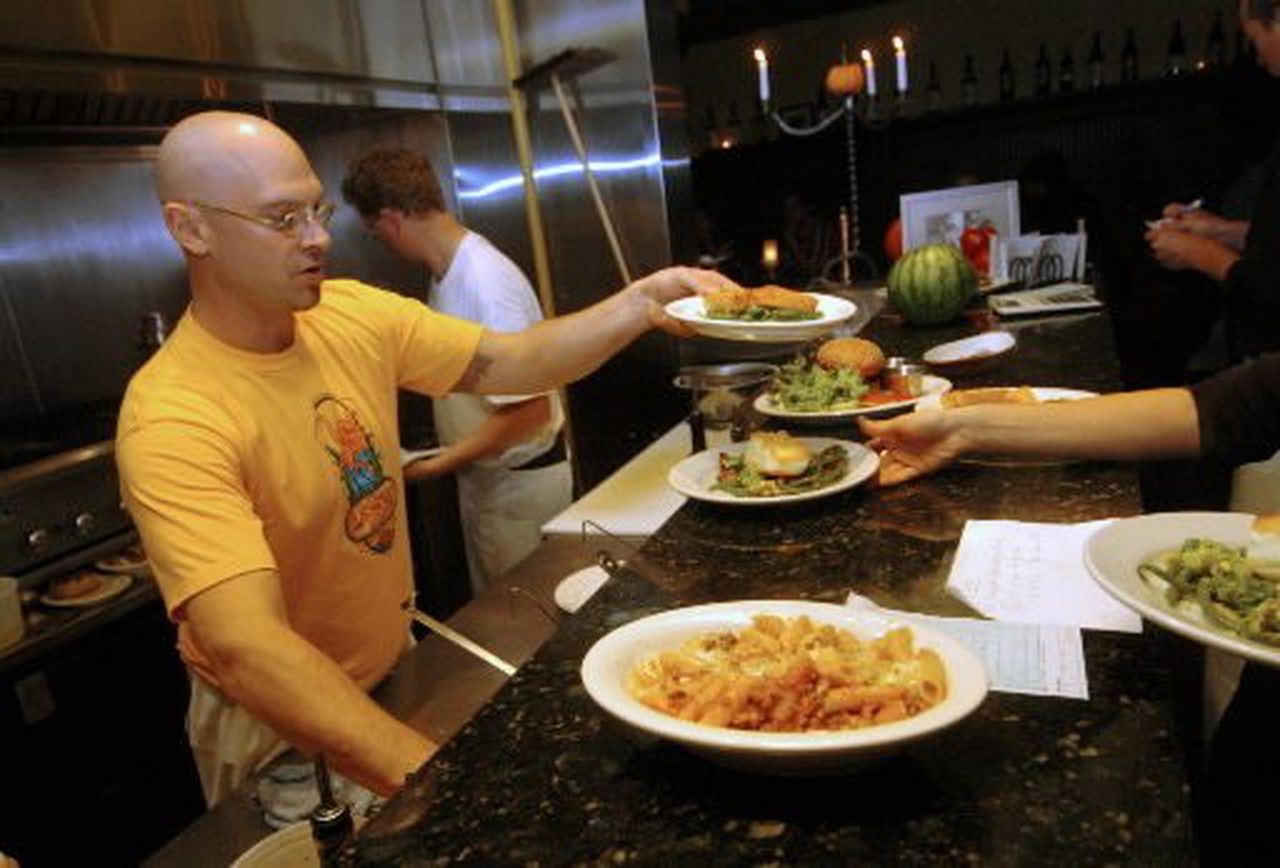 Oregonian / fileVito DiLullo on the line at his Ciao Vito in 2004. DiLullo hands the reins of the restaurant to Barcelona chef Jose Chesa, who has been trained in some of the best cuisines in the world.

In 2004, Chef Vito DiLullo opened a restaurant on Northeastern Alberta Street in hopes of creating a neighborhood spot that would serve the kind of simple Mediterranean-inspired dishes he could cook at home. .

Eight years later, Ciao Vito, the restaurant with Portland artist Tom Cramer’s colorful mural on the outside and familiar Italian dishes on the inside, has settled into precisely this role. But meanwhile, the neighborhood around it – Alberta’s Arts District – has gone from promising to arriving, with dozens of new businesses transforming the character of the streets.

Today, DiLullo is making a change within the restaurant that he hopes reflects others, handing over control of the kitchen to an ambitious young chef who adds a Spanish touch to the restaurant’s Italian classics.

â€œI’m not going to change this restaurant to a Spanish restaurant,â€ says Chesa. “Some classics are going to stay. We’re not changing completely, we’re balancing Spain and Italy.”

Here are some of the new dishes you’ll find on Ciao Vito’s menu right now.

Chesa is a big fan of cod. This classic Spanish tapa – a salted cod croquette – is served with roasted piquillo aioli, a cherry tomato salad and pil pil sauce, an emulsion made from cod juice, garlic and olive oil. ‘olive.

Chesa confits fingerling potatoes with peppers, garlic, onions and herbs, then mixes them with a spicy sauce made from guindilla peppers, a small Spanish red chili grown at Dayton’s Viridian Farms, all topped with ‘a light aioli.

Jose Chesa, 31, started in July. The Barcelona-born chef has a resume with some of the best restaurants in Europe – including L’Arpege, three Michelin stars in Paris and Can Fabes outside Barcelona – as well as stints at the best kitchens in New York and Porto. Rico.

So far, Chesa has added a handful of small plates, including her variations of traditional Spanish tapas such as patatas bravas, cod croquettes and colas (a Barcelona flatbread specialty similar to bruschetta or la pizza, but made here with a puff pastry topped with dried tuna or fried calamari). The Ciao Vito standards, including the sugo-fried polenta and Piedmontese skirt steak, remain.

“Where is he going? I don’t even know if I really want to know,” said DiLullo. “I agree. It’s just exciting to see your restaurant being taken care of with great ideas and great capacity.”

DiLullo, 51, is still cooking (remember, “ciao” can mean “hello” or “goodbye”). But the chef, who once helped build restaurant institutions in Portland including Zefiro, Higgins, Caffe Mingo and Bluehour, is ready to take a step back.

â€œYou’re a bit exhausted,â€ he said. “Physically, I just need a break. And he’s a young man.”

DiLullo spoke with The Oregonian by phone. His answers have been edited for brevity and clarity.

What was Ciao Vito’s original vision?

It has always been a neighborhood place. It has always been open seven days a week. We have always tried to please as many people as possible. But the restaurant has evolved. It was Italian. It was French. I worked in Mediterranean stuff. It was an opportunity to cook with the heart, to cook what your grandmother could have made for you.

I had no idea this was going to happen. It’s just exciting that Jose has entered. We met and I was very, very impressed. He is certainly one of the most talented chefs I have worked with. And I’ve worked with a lot of people – Greg Higgins is one of the most important people in the kitchen world.

(Chesa) can make traditional French, traditional Spanish, modern San Sebastian tapas, he can do anything. I saw him immediately with his passion and his work. At first, we were just going to cook together. But he has his ideas, his passions. I wasn’t looking to hire someone, to do a national search. I was looking for another cook. And that’s how we met.

How would you describe Chesa’s cooking style?

I’ve spent my entire cooking career taking it over, making things as easy as possible. Jose’s cooking is almost the complete opposite. Everything he cooks, the way he cooks each ingredient, it’s all about finesse.

You can work with someone and see the range right away. He has already cooked in large markets. He can do anything. But Portland demands a completely different touch. And that’s how I’m going to help him. I give him the opportunity to test the market.

I know he and his wife want to have their own restaurant someday, and they should. They have a lot of passion together.

Can you describe any of Chesa’s new dishes and why people should try it?

(see box), are really fascinating. That’s kind of where we start.

How are you going to balance some of the more edgy things Chesa wants to do with the kind of food your regulars expect?

I am not sure. We are not sure. We are evolving. It’s an experience. I have no idea how it will be received. We do it because its food is exciting. And it sticks. He has carte blanche. We’re still trying to figure out how to do things. We are still in transition.