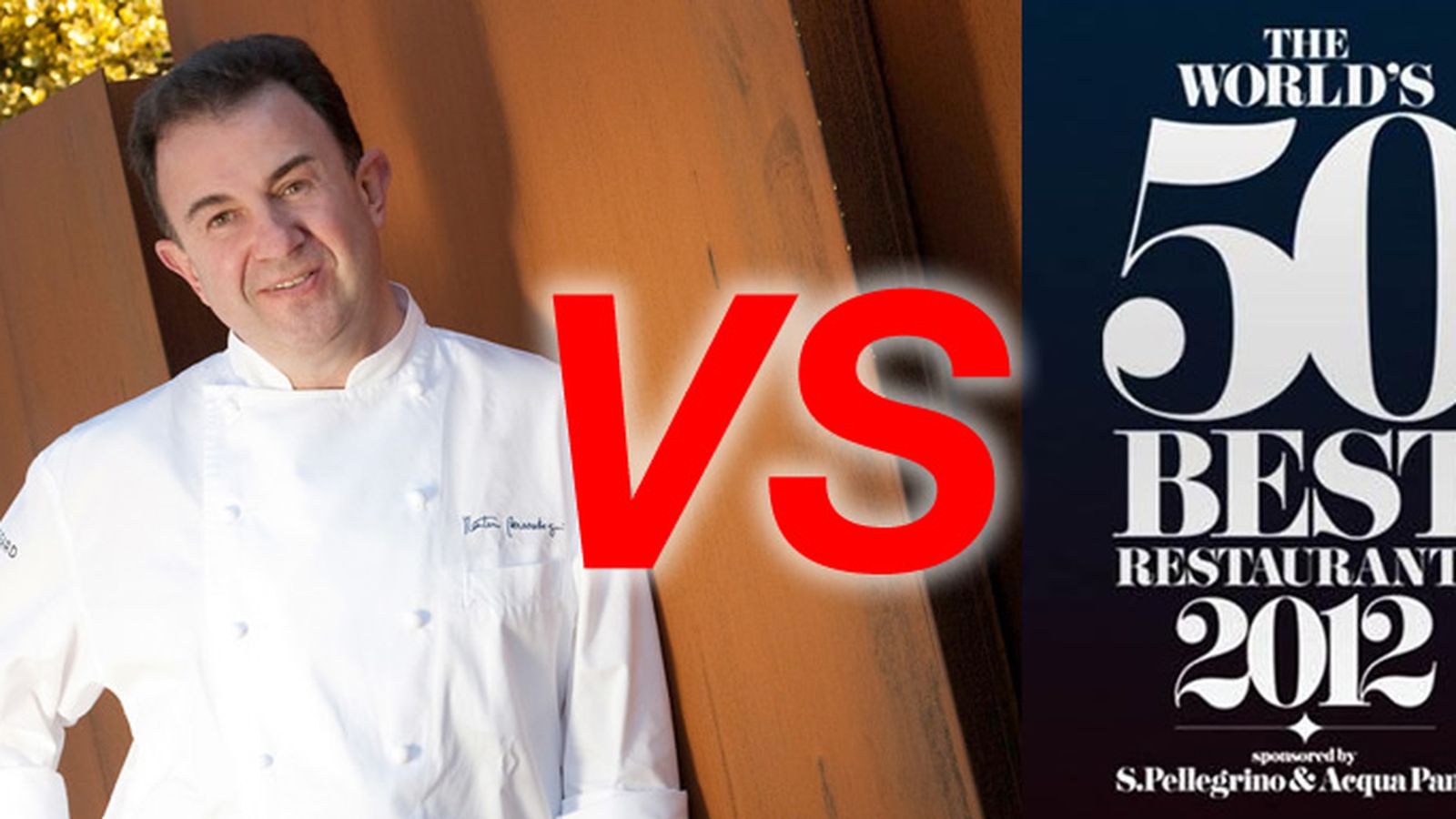 Yesterday the Spanish chef Martin Berasategui issued harsh criticisms from the list of the 50 best in the world to the Basque publication Deia. The 2012 edition of the list was announced Monday.

Berasategui, whose eponymous restaurant in Lasarte holds three Michelin stars, names the list of the 50 best in the world “rigged“and” a staging. ” He says that Restaurant review, who organizes the list, is not qualified for the company, mainly because they “don’t have a budget” to travel the world and eat at all the restaurants they vote on. â€œThe only thing they have a budget for,â€ Berasategui said, â€œis for the party in London.”

The chef claims the list was designed to hurt Michelin and urges Ferran Adria, who called the event the most important of all gastronomy, “tell the truth. ”

This year he was demoted to 67th place.