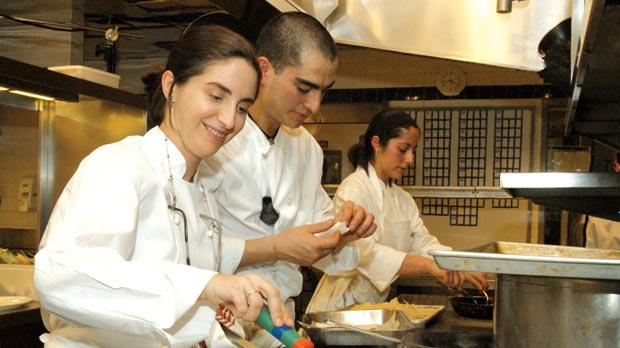 Fourth-generation Spanish chef Elena Arzak, who runs one of the top 10 restaurants in the world, will receive the award for best female chef at this year’s edition of the World’s 50 Best Restaurant Awards.

Last year, Arzak saw his father Juan Mari Arzak take the stage to receive a Lifetime Achievement Award. The elder Arzak is known as the father of New Basque cuisine and played with fire – and liquid nitrogen – long before chefs Ferran AdriÃ  or Grant Achatz.

Arzak comes from a long line of kitchen matriarchs, a line that included his mother, grandmother and aunt. She trained with classic chefs like Alain Ducasse and AdriÃ  but returned to her family’s Basque restaurant, where she works alongside her father in a kitchen that straddles modernism and tradition.

Over the past five years, Arzak has been consistently ranked among the top 10 restaurants on the World’s 50 Best Restaurants list. Last year he went from one place to eighth position. It was also the first Basque restaurant to obtain three Michelin stars.

In a biography of the chef, Elena’s cuisine is described as avant-garde, research-based and experimental with flavors.

Independent journalism costs money. Support Times of Malta for the price of a coffee.